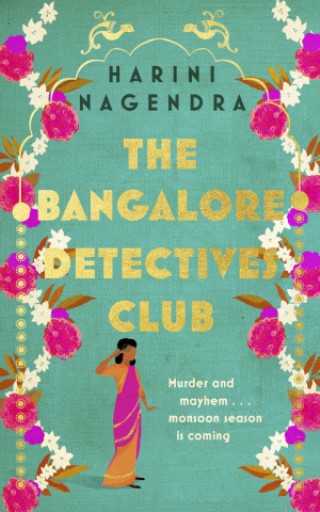 This is the e-book edition of the title, you will be able to access it online via your browser.

'The first in an effervescent new mystery series. . . a treat for historical mystery lovers looking for a new series to savor (or devour)' NEW YORK TIMES

Add a jealous mother-in-law and having to wear a flowing sari into the mix, and you've got a problem.

When clever, headstrong Kaveri moves to Bangalore to marry doctor Ramu, she's resigned herself to a quiet life.

But that all changes the night of the party at the Century Club, where she escapes to the garden for some peace - and instead spots an uninvited guest in the shadows. Half an hour later, the party turns into a murder scene.

When a vulnerable woman is connected to the crime, Kaveri becomes determined to save her and launches a private investigation to find the killer, tracing his steps from an illustrious brothel to an Englishman's mansion. She soon finds that sleuthing in a sari isn't as hard as it seems when you have a talent for maths, a head for logic and a doctor for a husband.

And she's going to need them all as the case leads her deeper into a hotbed of danger, sedition and intrigue in Bangalore's darkest alleyways . . .

BOOK ONE IN THE BANGALORE DETECTIVES CLUB SERIES

Harini Nagendra: Harini Nagendra is a Professor of Sustainability at Azim Premji University, Bangalore, India, and the author of Nature in the City: Bengaluru in the Past, Present and Future. She received a 2013 Elinor Ostrom Senior Scholar award for her research and practice on issues of the urban commons, and a 2007 Cozzarelli Prize with Elinor Ostrom from the Proceedings of the US National Academy of Sciences for research on sustainability. The Bangalore Detectives Club, the first book in the Detective Kaveri mysteries, is her first fiction novel.